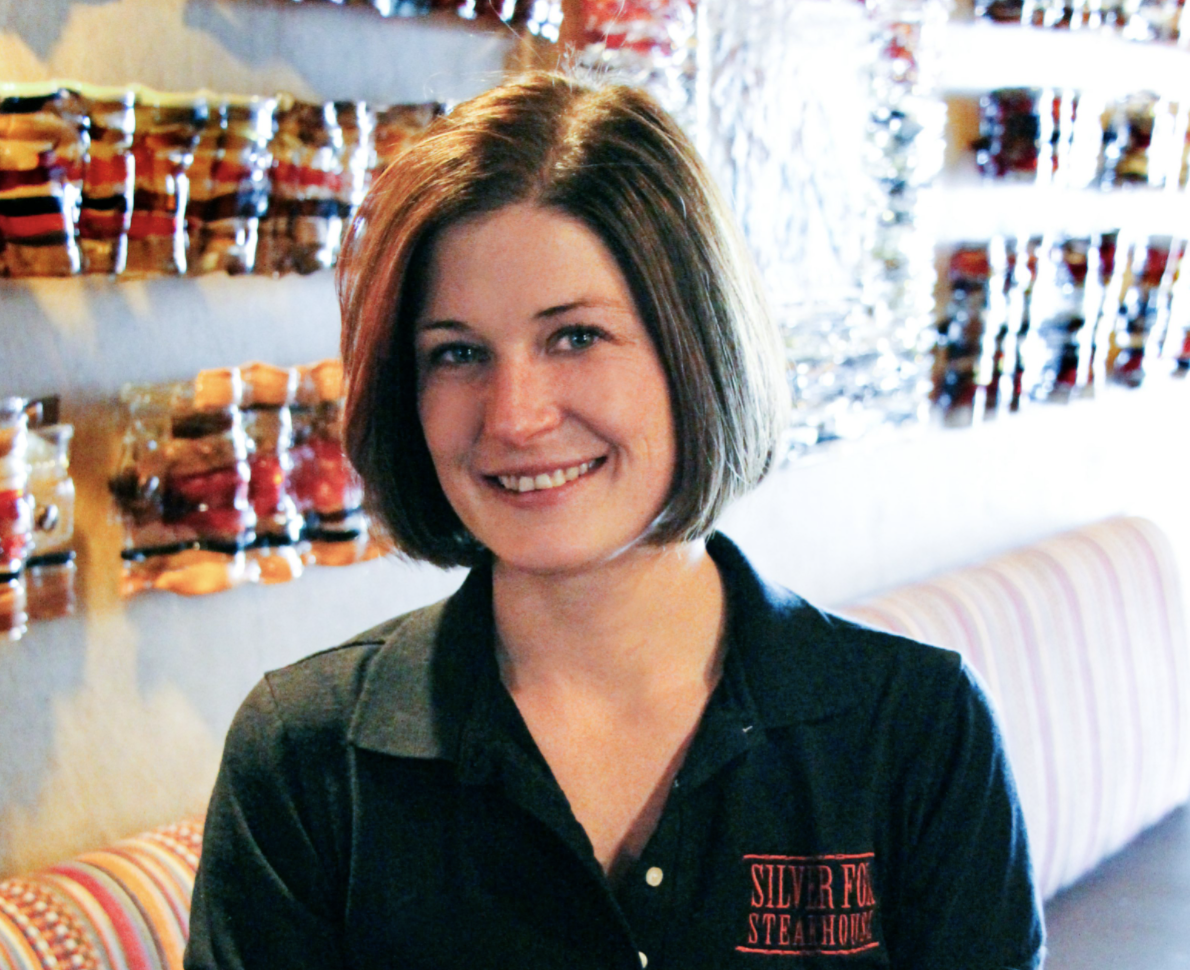 Bio: Anybody who has worked in the restaurant industry can tell you that the turnover rate is huge. Nobody stays at the same place for extended periods of time. Restaurant workers are sometimes compared to pirates, albeit ones that give instead of take. They go from restaurant to restaurant, kitchen to kitchen – always on the search for the biggest treasure. And, judging by what Silver Fox server Meghan Anderson says, Silver Fox is actually true gold.

Anderson began working for Silver Fox Steakhouse in 2014. 7 years in the restaurant industry is like 20 in the “real world,” so the fact that Anderson has spent almost a decade at the same restaurant is truly astonishing. But she’s not the only one to have significant years under her server’s apron. Many of the employees at Silver Fox have been there for years. This is, according to Anderson, because of the family-like atmosphere, the leadership of Chef Bernard, and the desire of the staff to see the entire restaurant succeed; not just their part of it.

And that goes for customers, too. Silver Fox Steakhouse has regulars, just like any other restaurant. But there’s just something about that place that truly creates something special.

“It’s so much different than any restaurant I’ve ever worked at,” Anderson said. “You gain a family when you start working at Silver Fox; it’s not just a job. And it sounds so cheesy to say that, but it’s true. If something happens, everybody bands together. We’re all in it and we all help each other.”

“And you always have a moving crew if you’re ever moving,” she added with a laugh.

Those relationships are built with customers too, Anderson said.

Anderson said that the reason Silver Fox stands out among other restaurants is because of the commitment to service, and the teamwork, that every employee encompasses.

“We keep a consistent staff that really knows our customers,” she emphasized. “People like that when they walk in, it’s like Cheers. Everybody knows your name and it’s very welcoming and inviting. And because of our teamwork, the customers have a good experience. They’re never left waiting or wanting. We time everything to a tee, and we’re a well-oiled machine.”

When it comes to the restaurant business, servers come and go. They’re always on the hunt for the biggest paychecks, the most tips, the best benefits. The staff of Silver Fox get all of those things, but they also get a built-in family, a slew of new friends. They get to feel like they’re a part of something and, for many people, that’s the most important thing.

“We truly care about each person that walks through that door,” Anderson said. “Whether it’s a staff member or a customer. We want everybody’s experience to be the best experience, from Bernard, the owner, to the bussers and dishwashers and everyone in between – everybody wants the restaurant to succeed. That’s not normally something you find in a restaurant, you know? We don’t just want individual success. We want the restaurant to succeed, and we want everybody to enjoy their experience.”

Anderson has certainly enjoyed her experience, which is why she has spent 7 years finding gold at Silver Fox.