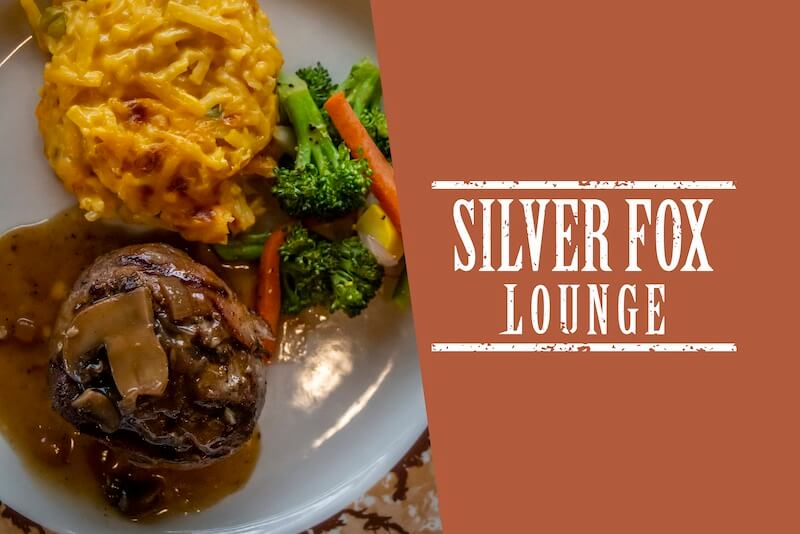 Philip Bergman, at just 19 years old, has already proven himself to be a special member of the Silver Fox kitchen crew. And that started the day he walked in.

“I actually started out as a dishwasher at Silver Fox,” Bergman stated. “I initially was looking for a job and I’ve been longtime best friends with the son of a Silver Fox server. He told me about the job, and so I applied and got hired on the spot. After about a year, I worked my way up and ended up getting on the line.”

Starting in the dish pit and working your way up to the line is something of a rite of passage in the restaurant world. It’s a way to learn the absolute basics of food preparation, before you’re actually responsible for a customer’s meal.

“I initially started on weekends, breading and making salads,” Bergman revealed. “Then on weekdays I started making salads and then moved onto the ovens; things like the pork tenderloin and the roasted chicken and stuff like that. Those were the initial ones, as well as prep, just before service.”

There’s a system of moving from station to station in a kitchen; it’s designed so cooks can learn all aspects of the job.

“It took about three months straight of just doing the weekends on breading and weekdays on ovens, until I moved up to the next station,” he said. “It kind of goes linear. I moved to sandwiches and wasn’t actually there for very long, only about a month, and then eventually I moved onto fryers and our plates. I was only there for like two months…ish, and then eventually I ended up getting on the grill.”

The grill is a big deal. It’s the mecca of most kitchens, simply because it’s where the most money comes from. The grill is where your steaks come from. And, being that part of Silver Fox’s name includes ‘Steakhouse,’ steaks are pretty important to the overall menu. There is very little room for error.

“It was a little scary at first, because the grill is very intimidating,” Bergman laughed. “That’s all the money in the restaurant right there. But I’ve got the hang of it now and I’ve been going on it for probably six, seven, eight months.”

He may have only been on the grill for eight months, but cooking is nothing new to Bergman. While he’s only been doing it professionally for a year or so, he’s cooked for friends and family often.

“I’ve always liked to cook at home,” he stated. “You know, I used to cook my mom breakfast in bed and stuff like that. And I just started watching a lot of YouTube videos and learning about techniques and stuff. In fact, Bergman says that he actually has plans to go to culinary school.

“So, the culinary school I actually just applied for is in Phoenix, Arizona,” Bergman stated. “It’s called the Arizona Culinary Institute. And the thing I love about it is that, you know, I never really liked traditional schooling, like math and science and stuff like that. And this is just a culinary school, which I’m really happy about. It’s an 8-month course, so about two semesters, and it’s very intensive. It’s two weeks of one class, from the time you get there to the time you leave, you’re doing the same thing all day to really hammer it in and help you kind of master it.”

Bergman still has a lot to learn, but he’s well on his way. And he couldn’t ask for two better teachers than Chef Bernard and Service Manager Gina.

“With Chef Bernard, it’s been some tough love, definitely,” Bergman laughed. “He’s from a different generation and he goes a little hard on you, but it really is for the best. And it’s been nice because it kind of toughens you up a little quicker than you might have otherwise done. Gina definitely provides the softer touch, but I love them both.”

Because that’s what Silver Fox is. It’s a family. From the staff, to the customers, everybody cares about everybody else. There’s a focus on the food, of course. But there’s also a major focus on customer service, and giving their guests a night or day to remember.

“It’s really about the experience,” Bergman said. “I think, especially, one thing that Silver Fox does really well is with the experience. You know, it’s Wyoming. We don’t have the fanciest, upscale restaurants. But Silver Fox does a fantastic job of providing the niceties and a quality meal, with all of the different flavor combinations of certain dishes. It’s all really a big deal. You know, you might order a meal from some random restaurant and not be super enthused with it and that could kind of ruin your night. Experience is a big deal, and I think, especially at Silver Fox, you can’t go wrong.”